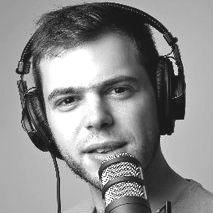 As you may know, Rust is one of my favorite tools. I’ve been writing code in Rust since 2015 and I can say that I got my fair part of quirks, misunderstandings, and errors.

I also enjoy teaching Rust to my curious friends and colleagues. In this post, I’d like to share with you the usual tips I dispense for them to start with less hassle.

Thanks to Nitnelave for his multiple reviews.

The Rust toolchain installer is named rustup, and it works so well I don’t see any reason not to use it. See rustup.rs.

Use Rust stable and avoid nightly

As you have rustup, you should use rustup install stable and work with Rust stable.

Even if Rust nightly has a lot of bells and whistles, don’t give in to them. You are a beginner and the stable language is large enough. If you need something in nightly you probably are over-engineering your problem, want to shave a yak, or misunderstood what you want to do. I encourage you to research your problem a step further and look for stable solutions.

It may not work, in which case I recommend to abandon this tip and don’t care too much. It’s more of a “nice to have”.

Use Cargo fmt frequently too see how rust code should look

Rustfmt is a formatting tool for Rust source code. It rewrites your code in a way that is commonly agreed upon in the community, and avoids any coding-style war.

It’s also nice to apprehend how Rust code should look like, so that you can mimic it in your code.

As soon as Rustfmt is installed, you can use cargo fmt to reformat your code.

You simply don’t know what the quality of each dependency is. As you are a beginner, you don’t have the tools to see what a quality library is. Popularity is a good metric, but it won’t help you much as soon as you need to do something a bit niche.

Do it yourself, you will learn something on the way.

Rust comes with integrated unit testing. You can and should abuse it !

I have talked about TDD in Rust in Zurich’s RustFest 2017: talk, slides.

To learn more, let’s look at what the Rust book says about tests.

Your struct should always inherit Debug. Also partialEq and Eq

This one is simple. TheDebug trait (kinda like interfaces) is useful for debug printf, the dbg! macro, asserts, errors, and libraries. You should always, always derive it. Especially if you make a library, your users will need it to understand what happens.

See the doc for more infos.

Better be too open than too private

Too often I see a library with private types, or private constructors. Why not ? After all, that’s why we have a privacy system !

Let’s ask the question: what do you lose by opening too many types ? You could have leaky abstractions, broken contracts. Not great, but any non-mature library will have it anyway. With documentation, builders, and code contracts you can avoid it quite easily.

What do you get by having too many private types ? Untestable code. Broken documentation for your users. Undebuggable magic which may panic but that I can’t see. The trade-off is far worse, so there is my easy choice.

In doubt: be public. It’s no big deal to open your types.

As a rule of thumb use String, not &str

Note: Clippy will sometimes disagree. You can follow its advice, but don’t be afraid to revert to String if you feel the need for it.

What’s the difference, would you say ? String is the owned and allocated version of &str. When the former resides in RAM, the latter can be anywhere: it can be a reference to immutable static data on a file, on a segment of read-only memory, or a pointer to a foreign callee. You don’t know, you can’t touch it, only see it. Thus, you can’t do much with it, and the compiler will watch you closely.

Another important thing is you won’t lose any features by using a String. It’s even the opposite: allocating a String gives you more power as now you can change your string, pass it around.

Use String first. Then, when your code begin to stabilize, you will be able to spot easy replacements from String to &str without loss (it will be easy: does it compiles ?).

NOTE: You can make a String from a &str with String::from(other_string).

&str for Input, String for output

But unless you know what you are doing, you shouldn’t return a &str. Use String as return type so that

If you want to know why this advanced explanation can help.

Don’t be afraid to .clone() away your borrowing errors.

Never have &´a in your structs, always own your data

&'a in your struct means that the struct has a view in the data of another struct. You should read it as a &, then a ‘a.

& means that it’s an immutable reference and the 'a is a name. The name of the lifetime of this other struct you want to look into. This name is useful to the compiler to prove that your struct instances will never outlive the struct they want to look into.

What’s the matter ? Simple: if one of your struct holds a reference to data of another struct and it outlives the other structs (meaning that the other struct has been freed), it would mean that the other struct’s data is now garbage, something completely different. We do not want that. That’s called a “Use after free” error and this often means at least a segfault of the program (immediate termination from the kernel because of a bad memory access). In the worst cases, your program does not segfault and then it may be open to an exploitation by a malicious code.

The Rust compiler prevents these kind of errors by tracking lifetimes, and these 'a are names of the lifetimes Rust tracks. The less you see them, the simpler your life is.

The best way not to see them is to own your data. For that, use owned types (String over &str), don’t use references, and don’t be afraid to clone the data when constructing your structs.

Here is some code with templates:

And here is a code with a dynamic trait:

So what’s the difference ? Not much for you. In both case your function has access to the same methods. In both cases you don’t know what is the original type.

For the compiler it’s another story. The template-way to write things will be unrolled for each use of the function (this action is named monomophisation), and may help rustc compute the lifetimes of your variables.

I tend to recommend to use templates as much as possible as they have few negative trade-offs and will make clearers and fewer errors.

Note1: before Rust 2018, &dyn ToString was written &ToString and was named a boxed trait

Note2: impl ToString is an advanced part of the language that I don’t recommend you to use until you need it, which is when you need to return a type that you don’t know yet but implements a trait. Futures are a good example of this. This makes messy errors that are hard to debug if your are new to Rust.

If rustc tells you “unknown type size”, try templating. If it don’t work, use reference

I won’t go into details here but you can have this kind of errors:

You simply have to add a reference like that:

Or make the type known at compile-time with a template:

When you are making a method:

method0 is not a method, so don’t forget to add the special self argument.

method1 is borrowing the instance for a read-only use of the attributes. Nothing to see here.

method2 is the same, but you can change (mutate) the attributes of the instance. Rustc will make sure that only one &mut to your instance is hold, which don’t means much here so it’s no big deal. The compiler will tell you when you need to add the mut. With time, you will be able to see them before the compiler errors.

method3 consume itself, what it means is that you won’t be able to use your object (or struct instance) after. This is useful only for unsafe operations or when you are a Rust wizard building a very fancy API. In which case you don’t really need to read this article and your feedback is appreciated. :) You should never have the use accidentally of method3(self). Either it’s by design and you know why you are doing it, either you didn’t designed it as such and in this case you can safely avoid it.

Never ever use Rc, Arc, Cell, RefCell, UnsafeCell. If you do, you are probably doing it wrong

You may need them, but most probably you are making an unsafe design and are currently fighting the borrow-checker.

If you are safe-gating a simple primitive type, you should use the atomic package which will give you a thread-safe API over the data.

[expand the description why is it fighting the borrowck ? how to solve ?]

Atomics (std::sync::atomic) are great. Use them at will

Atomics are special types that are supported by all the classic CPU and provide special garnatees around thread-safety.

If you ever need to design a concurrent system, I highly encourage you to look at the the std::sync::atomic package and use it as a base primitive for your structs.

Learn the multiple methods of Result and Option and use them

These two types are really great and provides lots and lots of useful methods for composability.

Take your time to dive into it. Here is a nice example of Result composability: (Source, the whole article is a gold mine which I encourage you to read)

Prefer Vec<T> rather than raw arrays

They own their data, can grow, and as such are far easier to work with. And they have many many handy methods.

Do I really need to expand ?

Don’t return an Iterator, a Vec is easier

You may want to use the powerful iterators and profit from all their functions (lazyness, composition, performance, zero-cost).

The thing is, returning an iterator is an advanced topic. Try it for fun if you may, but it’s not easy to deal to deal with the errors. Allocating a vector is probably fine so you should try that first.

Note that you can convert any Iterator to a Vector with:

And any vector to an iterator with the .into_iter(), .iter(), and .iter_mut() functions.

Do you remember the difference between self, &self, and &mut self in a method ? It’s the same.

Rust has the convention to name into_ something that will take self, do nothing for &self (as it’s the default), and _mut for &mut self . It’s the same for the iterators.

Note that the for loops consume iterators, so you should use the correct iterator over a vector.

Learn the From trait and the conversion methods

Rust is strongly typed, and types are easy to create. That’s why you want to be able to easily convert your data between types.

Documentation of the From trait

There is some nice things with these traits like:

Try and experiment with the Rust Playground

Rust has a very nice interactive Playground. You can use it to try things and tests dummy design that you think should work (or fail).

I often try to reduce my design errors with a sample code in the playground, then try to work around the issue.

There are many other tips I could give, but that would be for another article.

In Rust, “done is better than perfect” is a mantra to follow. Especially with all the shiny features the language can provide.